I really love doing motivational talks! there is something about being on stage that fires me up and gets me really excited!

I recently did a talk for the American Women’s Group….and I realized a few things on why I really enjoy it!

For one, i’m talking about one of the best parts of my life! it was a long and hard year but the result was the Antarctic….and sharing the photos alone gets me very nostalgic and excited! 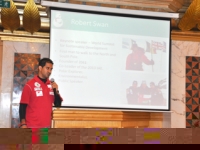 Secondly, sometimes…..I see the change in people’s eyes, when I talk about plastic bags, the look of shock and immediate action just appears on people’s faces! 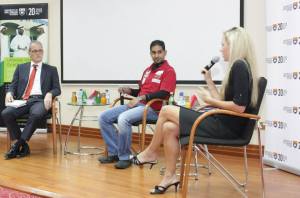 Its always fun though……the experience of the freezer gives people something to talk about! and its a good escape from the heat!

But you know? it wasn’t always like this……I remember the first time I had to present to an audience.

That was back at uni, and it was a class of 10 people……I was so nervous that I felt ill! I couldn’t stop shaking and I almost murmured all my words!

Then again, when I had left for Australia, I was a very shy introverted guy that was too shy to hold a conversation. It was troublesome for me being in a new place, not knowing anyone AND being introverted and shy…….so I got myself a job in a suit shop where I had to talk to strangers and strike up a conversation ALL the time! it wasn’t easy to start but then I started loving it!

As for motivational speaking? that just happened after I came back from Antarctica during my press conference…..that was the first time I stood in front of people to share my story and I guess that’s how it happened! 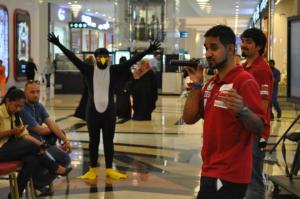 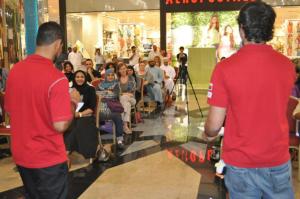 Most of all, I love doing my talks at schools……In my opinion that’s what makes a change! young kids really are impressionable and when they hear why they should care, they start persuading their families!

If you ever have the time, please do come to one of my talks and tell me what you think!……and make sure you bring a jacket 😉 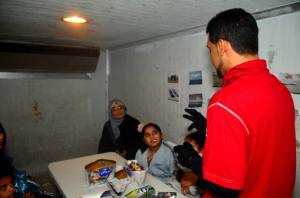 For those who know me, you would know that photography is something that I really love to do! I started taking photos when I was really young, around 7 actually…..my dad bought me a ninja turtles film camera when I was 7, it use to imprint one of the characters of the show on each photo, so I use to take photos just so that I could get Michael Angelo in different places!

When I was about 14 my dad got me my first film SLR on the condition that I would have to work to buy the lens! and that’s why I got my first job….putting lids on yogurt tubs! at the end of that summer, I had my Nikon F60 film camera and I kept clicking away!

It wasn’t until I went to Australia that I actually started doing photography….before I was just taking photos!

Any photographer will tell you that the photos that you see aren’t the whole story, photos are a moment of a story!

That’s why I thought, every once in a while, ill explore some of my journeys through the photos that I took!

This would be the most appropriate photo to start with, since its the photo that started so much in my life as a photographer!

I lived in Australia for a long time and during my time there, I met an aspiring photographer like myself, Michelle. Mish and I met randomly at uni and one day, while looking at the camera she brought to uni, I suggested that we should go a trek and do some photography together so we learn each other’s techniques!

We left that day to the botanical gardens just outside Perth and we had so many interesting conversations on our trek…..at the end of the day however, as we were turning back, I saw a single flower facing the other way. When I turned around to face it, I saw a beautiful view of the flower standing with the backdrop of a waterfall!! I knew that this would be my best photo of the day!

Back then, we used film and I was a student on a budget! so I couldn’t waste photos like you would today….you can’t just delete a film photo and you can’t see how it will turn out until you got home and developed the photos….if you didn’t get the shot right the first time, you missed it.

so I waited for that flower to line up but it was windy and cold…..so my hand was a little shaky and the flower moved because of the wind…..I waited for the wind to die down but it didn’t for a while, so I waited some more…I must have waited for 30 minutes or so for that shot…. when I took it, I was as nervous as ever! I didn’t know how it would turn out and I really didn’t want all that effort to go to waste…but I had my rule, get it right from the first shot!

I got back home and I had a few shots in the film so I looked for things to take photos of! it took me another week to finish that film as I didn’t want to waste a single shot on something that I wasn’t going to frame or keep in my photography album!

When I finally got it, I was so happy!!! I went around all my friends showing them….I even created a DevientArt page and scanned the photo because I was that happy!

Whats even more, I donated that photo for a charity auction and it sold for 400$ (160 OMR)

This was the photo that made me love photography and specifically the love of macro photography, its always going to be that thing that started me off 🙂